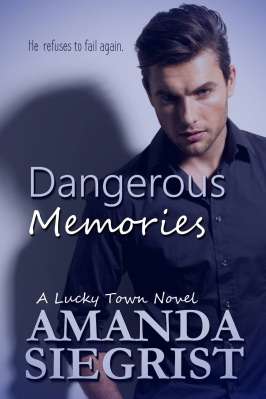 Has a new evil arrived, or an old terror returned?
Agent Danny O’Rourke only wants one thing. His sister, Aubrey, to come home. He couldn’t save her from being taken, but the least he can do is help her through her turmoil. Except one thing is standing in his way—the Caldwell family. He wants to hate Kat Caldwell the most, but no matter how hard he tries, he doesn’t hate her. He wants her. So badly. When he starts connecting the dots in his latest murder case, all pointing to Kat as the next victim, he’ll do everything in his power to keep her safe. He won’t fail her like he failed his sister. The closer he gets to the truth, the more he realizes he might be all wrong in his assumptions. He already lost his heart to her, but he won’t lose her to a killer.

She stood up. Her shirt was slightly loose, yet as she stood, it tightened across her chest giving him a nice vision. A vision so tempting, he wanted to remove her shirt altogether.

“You could knock. It’s rude to just walk in. Give me the key.”
“It’s my key.”
Kat took a few steps toward him. “Not while I’m here. Give it to me. Why are you here? I thought we agreed you’d leave me alone.”
They did, somewhat. He had every intention of leaving her alone, especially when every time he saw her he wanted to kiss her like he did the last time. It was wrong to want to kiss her.
Then Logan called him.
“Did we agree on that? I don’t remember. I’m not giving you my key.”
“Oh, selective memory loss, uh? Get out, Danny. And give me the key before you leave.”
Should he tell her that her brother called him worried about her? When his phone rang, Logan’s number flashing before him, he almost hesitated to answer. His first thought had been something terrible happened to Aubrey. They didn’t have the kind of relationship where they randomly called each other for no reason.
Concern for Aubrey had him answering, his heart pounding right out of his chest. Then Logan said he was worried about Kat. He didn’t give much of a reason, but said he was concerned and asked if he would go check on her. Keep an eye on her while she was in Florida. For some reason, his heart never stopped pounding.
Without hesitating, Danny agreed. He told himself it was because he owed Logan. He had kept Aubrey safe. He could do the same for Kat. It wasn’t because he was dying to see Kat.
“The key, Danny. Standing there and staring at me with that annoying look of yours isn’t going to intimidate me. I want the key.”
Yeah, he wasn’t in the mood to bring Logan into this conversation. She was on the verge of getting fired up. That was never a good thing. His body reacted in the wrong way.
Maybe it was wrong, but it felt good. Too good.
“If you want the key, you’ll have to dig it out of my pocket because I’m not giving it to you. Like I said, it’s my apartment and I can walk in here anytime I want. Got something to hide that you don’t want me walking in on, Kat?”
“How about I want some peace and you’re disrupting it. Don’t think I won’t take that key from you.” Her eyes zoomed to his left pocket.
She must’ve seen him put it there. Very observant of her.
He should leave. He should hand over the key and not come back. But a part of him wanted her to get the key from him.
He loved her feisty attitude.
Hell, as insane as it was, he ached for any reason to get her hands on him. What did that make him? An asshole, probably.
“Try your best, Kat. I am a trained federal agent. I doubt you’ll get it from me.”
Challenge officially issued. He could see the fire in her eyes. She wanted the key and she was going to go for it.
“Oh, I’m going to love putting you in your place, Special Agent O’Rourke.” Kat smiled as the fervor in her eyes intensified.
Shit. Her brother was in law enforcement. How well did she know how to defend herself? Too late now. He issued a challenge and he couldn’t wait to see how she enacted it.
“Bring it on, sweetheart.”
(Copyright © Amanda Siegrist 2018)

I love anything that has to do with romance. As long as there’s a happy ending, I’m a happy camper. I love baseball (Go Twins!) and creating awesome crafts. I graduated with a Bachelor’s Degree in Criminal Justice, working in that field for several years before I became a stay-at-home mom. When I’m not hanging out with my wonderful family, I’m writing a sweet contemporary romance or a romantic suspense that keeps you guessing until the end. I have a few more amazing stories in the works. If you would like to connect with me or see important news, head to my website at http://www.amandasiegrist.com. Or you can also check out my Facebook Page or follow me on Twitter (@amanda_siegrist). 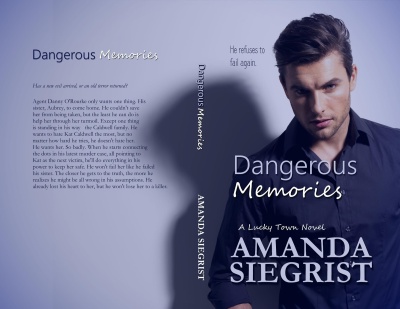