Who’s afraid of the Big Bad Wolf?…
Samantha Wentworth has one mission in life: to get as far away as she possibly can from her troubled past. When she finds herself on the Louisiana bayou, she runs straight into the arms of a very sexy Big Bad Wolf that she just can’t seem to resist. Will Samantha continue on her journey, or does the full moon have other plans in store for her? 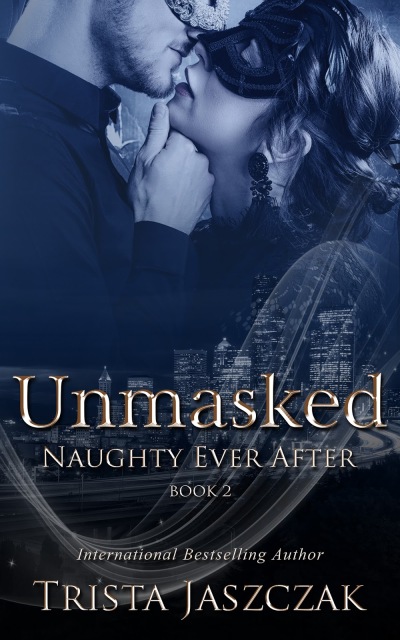 Cinderella is proof that a pair of shoes can change your life…
In Blair’s case it just so happens to be a pair of $8,000.00 shoes. When she’s given the chance to go to a masked ball to celebrate the rock band, the Huntsmen’s latest album release her two fairy godfathers flip her life upside down. She doesn’t believe that it could ever end in a one night stand with a rock star…and a lost $8,000.00 shoe…but it does. All Blair can think about is the mess she’s gotten herself into and all prince of rock Hunter can think of is finding the woman he spent a night with, even though his only lead is a single, red-bottomed shoe.

Trista Jaszczak (jazz-ick) is the international bestselling author of Red, Unmasked, Skin Deep, and Loverboy. She is an Air Force spouse and mother to two mischievous and rambunctious little girls. She is originally from Hamilton, Ohio but calls home where ever the Air Force sends her. She currently resides in Anchorage, Alaska where she finds endless inspiration in the pure Alaskan wilderness. When she isn’t writing, she spends her time with her family in the vast Alaskan outdoors, working as a make-up artist, running, or riding her Harley. She loves the outdoors, the moon, old movies, and music.