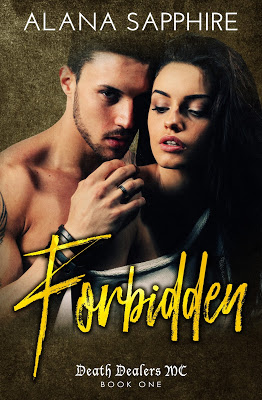 ***Raven***
I should stay away from Gage “Reaper” Hunter. The Death Dealers MC president is everything I don’t want. That’s what I have to tell myself when he’s close. The more I try to distance myself from him, the stronger my attraction grows. He wants to protect me, but who’s going to protect me from him?
Will I be able to resist The Reaper when he comes calling?
***Gage***
I want Raven Alvarez in my bed. She’s smart, sexy, and sassy, infuriating and arousing me in equal measure. However, I can’t have her yet. The more time I spend with her, the more I want her… the more I want… more. I’m all wrong for her, but nothing has ever felt so right.
Forbidden fruit is the sweetest, and I’m dying for a taste. 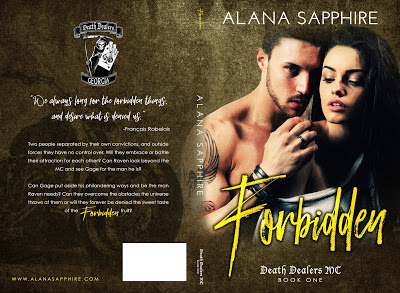 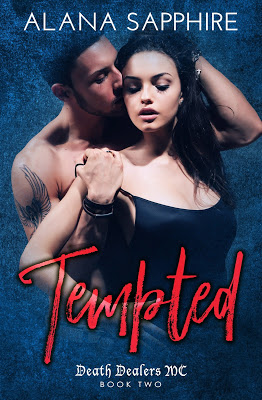 Gage Hunter is a temptation no woman should have to fight. He’s sexy as sin and more appealing than the apple in The Garden. I’ve tried resisting him, but ended up running right back into his arms every time. He says he’ll wait for me, but with danger lurking around every corner, I may not make it to my birthday. Do I trust him to protect me or do I play it safe, knowing losing him would be another kind of death?

***Gage***
I’m not a good man.
My life is complicated, and even though being with me puts Raven in constant danger, I can’t stay away from her. I will protect her at all costs. She will be mine.
This fight with temptation is one I don’t mind losing. 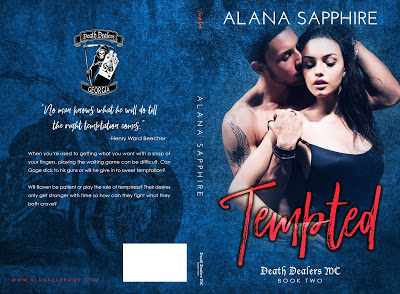 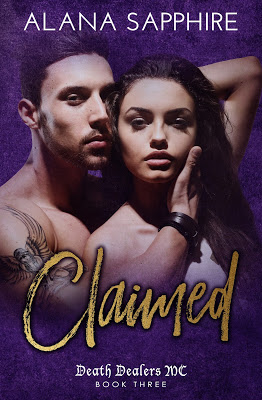 I’m damaged goods. Broken beyond repair. He’ll never claim me now. Why would he still want me? Why would anyone? I’m not the girl he met, and I’ll never be her again. He’s all I have. What will I do when he leaves me just like everybody else has?
***Gage***
“Before you embark on a journey of revenge, dig two graves.”
I’ll need more than that. I promised to protect her and I failed. I wouldn’t blame her if she ran fast and far from me, but I won’t let that happen.
Raven is mine.
I won’t lose her.
I can’t.
Vengeance is mine. They’ll pay for what they did to her. 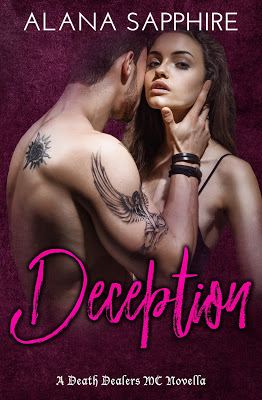 I’m happy.
For the first time in a long time, I’m truly happy. My old lady is everything I’ve ever wanted. There’s only one thing I need to make my life complete, and I know it will happen soon. After all we’ve been through, Raven and I deserve this.
Now that she’s truly mine, I’m never letting her go.
***Raven***
I have a secret.
Hiding it from Gage is getting increasingly difficult. Lying to him is killing me, but he’d be devastated if he finds out.
He’d leave me.
Will my deception cost me my relationship? 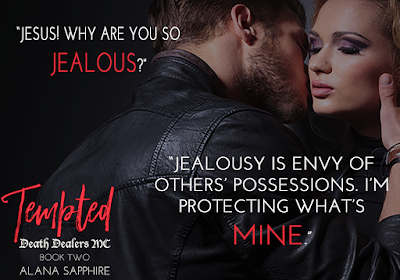