Reese Noble chased this dream for a decade.
Now it was here.
The NFL.
A pro career.
All eyes on the league’s new kicker.
Millions of people expecting her to fail.
But Reese wasn’t a novelty and the spot she landed on the New Orleans Steamers was one she planned to keep.
With her teammates giving her hell and the world doubting her every move, Reese will have to fight harder than anyone else to make her dream a reality.
Even if that means following the lead of Quarterback Ryder Glenn —the only man who brought her to the edge of ecstasy and the depths of heartbreak. The same man who broke her heart ten years before.
In this city, there is a thin line between sin and sainthood and only the strongest can walk it. 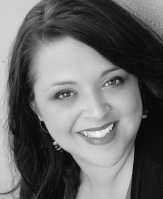 Eden Butler is an editor and writer of Mystery, Suspense and Contemporary Romance novels and the nine-times great-granddaughter of an honest-to-God English pirate. This could explain her affinity for rule breaking and rum.
When she’s not writing or wondering about her possibly Jack Sparrowesque ancestor, Eden patiently waits for her Hogwarts letter, edits, reads and spends way too much time watching rugby, Doctor Who and New Orleans Saints football.
She is currently living under teenage rule alongside her husband in southeast Louisiana.
Please send help.