Sebastian Brooks stole a small piece of me our night at the hotel, and I haven’t been able to take it back as hard as I’ve tried.
I want him so badly. I want us and the way we fit together seamlessly, but there are many reasons why we shouldn’t do this.
The doubts linger in the back of mind, and when unforeseen circumstances crash into us, it leaves me questioning everything, yet he keeps me coming back.
I want to be with him, but I’m not sure if what I stand to gain is more than what I stand to lose.
What will happen if I choose him over everything I’ve worked for? He’ll still own a company, but I, however, could be committing career suicide.
This is only one disaster of many to come.
***This is part four in a six book novella series*** 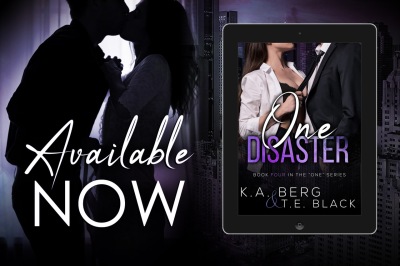 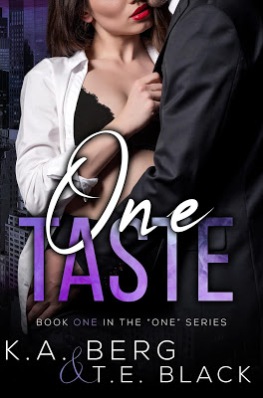 Kimberly is a stay at home mom to four beautiful, crazy children by day and a steaming hot novelist by night. She is a Jersey girl at heart and that’s where she currently calls home with her amazing husband and children.
Her debut release Inhibitions and the subsequent Uninhibited Series as well as the spin-off Apprehensive Duet both show her love of all things football. But not to worry, she’ll still bring you plenty of steam!
When not writing she can be found curled up with a good book or watching her beloved New York Jets. Lover all things romance, including a little M/M action as well as the dark and twisted. She enjoys video chats with her best friends and always loves to hear from her fans on social media.

New Adult and Contemporary Romance author, T.E. Black, also known as Tiffany, is never without a book in her hand. Whether she’s reading the newest release from a fellow author, or proofreading one of her own drafts, she’s always keeping busy.
Tiffany writes about imperfect heroes and strong-willed heroines. While, her heroines are known for going to head to head with the men in her stories, the heroes she writes always have that special touch of alpha.

When she’s not immersed in the literary world, Tiffany makes use of her time by being a full-time graphic designer for a company she owns and operates, creating book covers, teasers, banners, and swag for other authors and herself.

She began writing when stories she had read sparked an idea. She plotted her story, wrote three chapters, then scraped it where she let it sit in her computer for months. Instead of focusing on the potential of the story she had begun, she couldn’t help but feel as if she would never be able to publish a book as good as the ones she had read.

Months later, she obtained the courage to go back to her laptop and open up the dreaded first draft she had written. With a clear head and determination, she worked for hours on perfecting the three chapters she had written.

When she sat back in her seat, looking over her six thousand words, it clicked.
The story fell into place.
The characters spoke to her.
The plot lines began to pour from her fingertips, landing on her keyboard.
And then it finally happened.
She had written a novel.

Love it, like it, or hate it, Tiffany loves hearing from her fans! Feel free to connect with her!