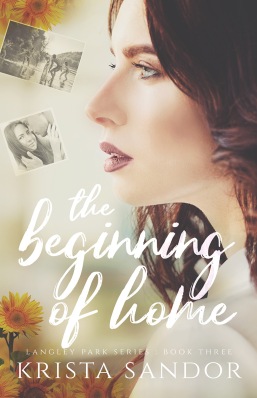 New name. New town. New life.
Lindsey Hanlon is so close to a new beginning.
After fleeing an abusive relationship and living on the run, she’s starting over in the quaint town of Langley Park.
Even though she’s escaped, she’s not in the clear.
Lindsey’s carrying a secret that could get her killed.
As long as she flies under the radar, she’s safe. But things get complicated and passions flare when her first love unexpectedly appears, and neither can deny the bond that still exists between them.
A second chance at love could be what Lindsey needs to heal and move on. It could also jeopardize everything, including her life.
The Beginning of Home is a sexy standalone romance in the Langley Park series.

A.BookNerd.Bookseller&Bibliophile.Blog: “What a story of survival and rediscovering who you are….”

Fiction Beer & Cupcakes: “I don’t even know where to start, except to say that this book blew me the hell away.”

TheGuideToRomanceNovels: “I LOVED IT! Funny, passionate and lots of suspense, heartwarming and Nick is one sexy pilot!!”

A flash of lightning tore through the sky. It illuminated Lindsey’s face, and, in that fraction of a second, Nick saw his future in her blue-green gaze. He saw his mother, safe and sound, teaching at an elementary school. He saw himself, flying above the clouds, calling the tower for landing clearance. He saw Lindsey smiling at him. He saw a life filled with love and laughter and happiness.

Heavy drops of rain began to fall in slow motion before the sky opened up and a rumble of thunder cut through the air.
“Come on, we can wait out the storm in the boathouse,” Nick said, scooping up Lindsey’s camera and helping her to her feet.
They ran inside the structure. It was open on both ends but provided adequate respite from the rain. It smelled of musty lifejackets and damp wood. Kayaks hanging on the wall tapped together like door chimes every time the breeze picked up, and an old Sunfish sailboat creaked in darkness as the rain fell steadily, dancing on the lake’s surface.
Nick hooked the camera’s strap on a bare nail sticking out of the wall then took her hands into his. “Thank you, Linds.”
“For what?”
“For making it all so clear. For looking past all the crap and seeing everything at its best. I want to be a better person, and I want to be that person for you.”
She smiled up at him. Jesus, with one look, one smile, she could bring him to his knees.
“This is just the beginning,” she whispered. Her words hung in the air, buzzing with possibilities.
He lifted their hands and pressed them into the side of the boathouse above Lindsey’s head then leaned in and kissed her. Sweet cream and summer rain. Her scent was everywhere. He tasted it on her lips. He felt it warm against her skin. He released her hands and grasped her waist, allowing his palms to move up and down her torso as his fingers pressed into her body. She fit inside his hands perfectly. Every one of her curves was made for his touch.
She released a sweet giggle against his lips.
He pulled back. In the darkness, with her arms above her head, she looked like something out of a fantasy. And then he noticed it. Her watch had gotten tangled in a length of rope that was hanging from a peg high up on the wall. In the darkness, the rope looked like a gnarled, twisted mass someone had carelessly thrown on the hook in a hurry.
“Your hands,” he said. He tried to loosen the rope’s hold on her wrists.
“Wait, Nick,” she whispered. “Leave it.”
“Yeah?” A tremor of lust shot down his spine and settled in his belly. His cock strained against his cargo shorts.
“Yeah,” she answered, twisting her free hand into the tangle of rope.
He trailed his fingertips from where the rope twisted around her slight wrists and down the length of her arms. She arched forward, her breasts grazing his chest. He drew his fingertips across her collarbone and found the first button. Slowly, he worked his way down, unbuttoning his flannel shirt that looked so damn sexy on her.
“Linds,” he whispered, holding the shirt open.
She was wearing a white bra with delicate lace wrapped around each of her perfect breasts. The same virgin lace that peeked out from her shirt that first night in the dining hall. He caressed her breasts, then captured her mouth, kissing her hard. She moaned. Her small, heated gasps sent his body into overdrive. He traced the line down her stomach and popped open the clasp on her shorts. The satiny, smooth fabric of her panties teased his fingertips.
“Is this okay?” he breathed against her lips.
“Yes,” she said, drawing him in for another kiss.
He slipped his hand inside her panties and cupped her sex. Lindsey released a moan so primal, so wanton, he nearly came inside his pants. His finger dipped past her entrance, and he rocked his palm, massaging her sweet bud while he pressed one finger inside her body. It was a tight fit, but she was warm and grew slick as he thrust in and out.
She twisted the rope above her head, and her pelvis rocked against his palm as she rode his hand, thrusting and begging him for more. He pushed in a second finger, and she threw her head back. His lips found her neck. He nipped and sucked at the sweet skin, working his way down her jaw. He pressed a kiss to the corner of her mouth as she gasped his name over and over.
“Nick, yes. Nick, please. Nick, don’t stop.”
Her body tightened. He pressed his thumb against her bud, and Lindsey’s body shuddered in his grip, riding out wave after wave of pleasure.
She tilted her head forward. “Wow,” she breathed, “I’ve never done anything like that before.”
“Want to do it again?” he asked with a mischievous grin. He could watch her come all night. 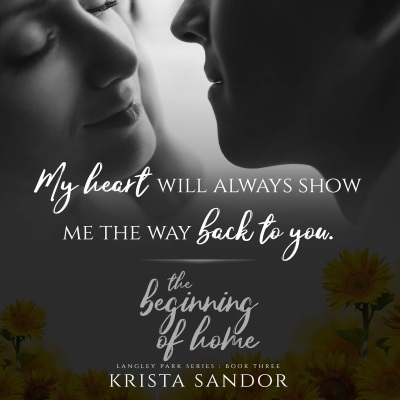 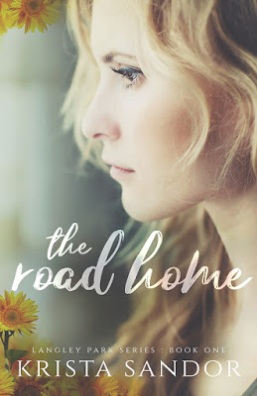 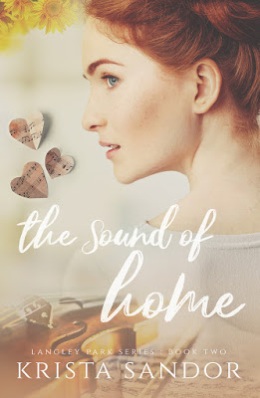 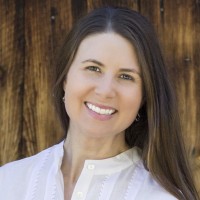 If there’s one thing Krista Sandor knows for sure, it’s that romance saved her. After she was diagnosed with Multiple Sclerosis in 2015, her world turned upside down. During those difficult first days, her dear friend sent her a romance novel. That kind gesture provided the escape she needed and ignited her love of the genre. Inspired by the strong heroines and happily ever afters, Krista decided to write her own romance series. Today, she is an MS Warrior and living life to the fullest. When she’s not writing, you can find Krista running 5Ks and chasing after her growing boys in her adopted home of Denver, Colorado. 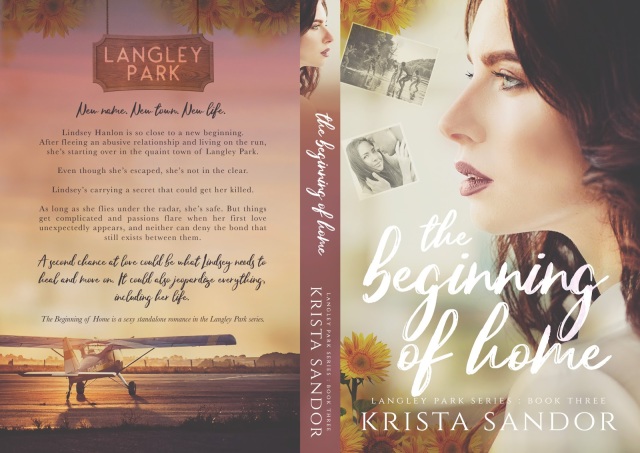 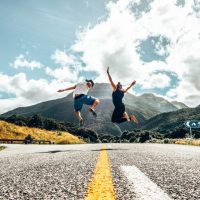