A feisty gatherer with a dangerous heritage and a mysterious starfarer from a mighty race engage in a delicate dance of love, faith, longing and survival, while the sector burns around them!
On a sleepy agrarian planet, Sila Gatherer hides a deadly secret. Until an accidental encounter with a mysterious alien starship changes her life forever. Star Captain Zh’hir Mu’raat is Ur’quay — renowned across the galaxy as warriors and explorers. Thrown together, the starfarer and his accidental captive forge an unlikely bond. One that is tested, time and again, when Sila finds herself threatened, exiled and adrift.
In a dangerous sector of space where powerful factions battle for control, Sila and the Star Captain must fight for a future together as her ability, Ur’quay tradition and a complicated legacy test their faith. When a powerful foe threatens Sila, they race against time to unravel a centuries-old secret. With the fate of Sector Araloka and the Ur’quay at stake, can the starfarer follow his heart or will history repeat itself again …
Author’s Note: This is the second book in The Araloka Chronicles, a collection of SciFi Romance tales with Space Opera adventure. The story is standalone, though the reader’s experience will be enhanced if the books are read in order. 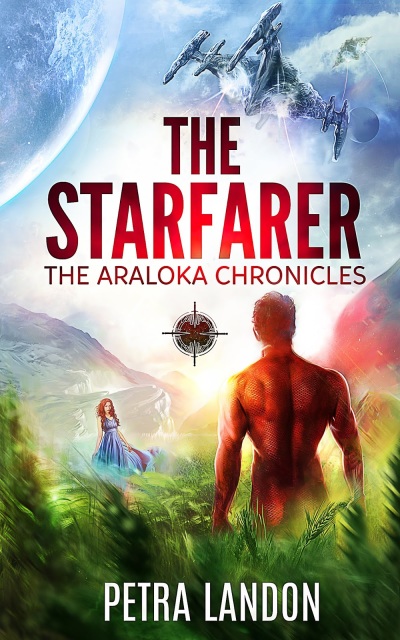 “I can’t even tell you which part I liked best, they are all so finely intertwined through this author’s dedicated attention to world building!” — 5 stars from Tome Tender

“… a fantastic read, full of adventure, action and thrills, all tautly pulled together … ” —5 stars from Author Grant Leishman

“I don’t know how she does it, but the males in Petras books will just make you SWOON” — 5 stars from BiteIntoBooks

After what seemed an agonizingly long wait, Sila sat up cautiously, her wary eyes on the prone male lying a few feet away on the ground. She watched him silently, only moving when his breaths appeared unchanged to her untrained eyes. Clasping the blanket more securely around her, she turned towards the shower enclosure. In the end, she could manage only a few steps from the bed before a calloused palm encircled her ankle. Sila glanced back with a frightened gasp. The male lay in the same posture as before but now his strange gold eyes were open and staring up at her, their glitter pronounced despite the diffused light. The hand she had noted relaxing by his side now held her by the ankle in an implacable, but not ungentle, grip. She tugged her captured foot experimentally; his response was to squeeze it gently without letting go. He said something undecipherable to her in his deep, growly voice with the guttural notes. But with her translation device pinned to her drying work-suit, Sila could not comprehend him. Ensnared by the strange unblinking eyes, she shook her head frantically to convey that she did not understand him. Letting go off her ankle, he propelled himself fluidly off the floor in a move that had Sila taking a wary step away from him. He made no move to come closer, staring down at her from his greater height.
“Sit” he growled in Alliance Standard, pointing at the bed and Sila found herself perching nervously on it.
He shot her a last look before striding away to the enclosure. Before Sila could contemplate making a move, he strode back to hold his hand out to her. The open palm with the web-like spikes between the fingers held the translation device. He had retrieved it from her work-suit, Sila surmised. This time, she knew why he offered her the device. Retrieving it gingerly off his palm to hold it loosely in her fist, she pondered where to pin it on the blanket she wore in lieu of clothes.
“Going somewhere?” the Ur’quay male inquired.
At his words, she turned her attention back to him. The device, Sila realized, seemed to work just fine in her fist.
He stepped back from her to meet her eyes. “Before, when I stopped you” he clarified patiently. “Where were you going?”
“Umm … just to the”, she gestured towards the shower enclosure, “to get my clothes.”
He cocked his head, the mysterious unblinking eyes studying her. “It is not dry yet. Use the blanket for now.”
Sila hitched the blanket about her shoulders nervously, wishing she could read his expression more clearly. It was too dark to discern much except the glint in his eyes when he occasionally came into the path of the light seeping through the open archway.
“Would you like more illumination?” he offered.
Sila hesitated, conscious that all she had on was a blanket. She’d much prefer to be properly clothed before facing him in brighter light.
“I can see as well if not better in the dark” he said, the guttural tones even.
Sila flushed, perfectly comprehending what he meant to convey to her. Strange as it was, the Ur’quay seemed to share her ability, except it was clear that this male possessed formidable control over his mind. Much more than her, who he seemed to read like a book. Sila, never having met anyone with this advantage over her, didn’t know what to make of it — whether to be excited by the prospect, particularly when she had thought herself to be different from everyone, or afraid of his ability to read her mind.
“You’re reading my thoughts again” she stammered out, a tad accusingly.
“Did I not ask you to protect them, Terran?” he growled back in response.
Unlike everyone else she had met in her life, Sila did not have to work to block him from her mind. He was an absolutely blank slate — she could hear nothing and sense nothing from him. Since stepping foot on this starship, her mind had been uncluttered, with only her thoughts for company. As far as Sila was concerned, it was the only saving grace of her entire ordeal.
She glanced away, to pluck at her blanket again. “I don’t know how to.”
Sila sighed, unutterably candid. On this topic, evasiveness would serve no purpose. “Not with you. You seem to hear my thoughts no matter what I do.”
“I will teach you” he declared.
Sila stared up at him, rendered speechless by his offer. 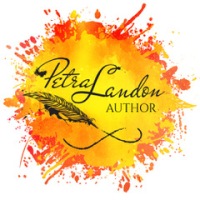 An avid reader all her life, only recently has Petra allowed her own imagination to run riot. She loves to travel and reads everything she can get her hands on. Her idea of a good read is one where the story and characters linger, long after the book has been set aside. She strives to write fantasy with vivid characters and elements of adventure, mystery and romance juxtaposed together, since those are the tales she has enjoyed the most over the years. To share the stories swirling in her imagination is a labor of love and a lifelong dream come true for Petra.