He’s the Beast…and he’s her only hope.
When I first met Bella, I thought she was a call girl.
She was in my home, touching my things, tempting me with her see through dress and siren voice. But, now I know she’s a cupcake baker. She’s also homeless, jobless, and on the run. And me, I’m her last hope.
They call me the Beast.
Billionaire, inventor, scarred ex-military, and cold as ice. I won’t let anything tempt me. Except…Bella’s taunted me with her frosting one too many times. She says it’s creamy, sweet, lickable-and that each bite delivers a happily ever after.
I warn her-don’t tempt the Beast, unless you’re prepared for his bite. She doesn’t know it yet, but I’m never letting her go.
Spoiler: This book is quick, steamy, and full of sweet cream frosting innuendos. Get ready for a beauty and the beast remake with Bella the baker and a scarred beast with a heart of gold. He’s ready for love-and a little bit of naughty on the way to their happily ever after.
As always, Alexandra Banks books are fun, fast reads, with steamy scenes, and happily ever afters that give you that romance read afterglow. Guaranteed! If you are looking for a book that gives happiness, sweet fun, and steamy romance then Alexandra Banks is for you.
This book is approximately 23,000 words. One to two hours of super-duper, steamy hot, sweet reading pleasure. That’s right, it’s quick. Because sometimes, quickies are best!

Hey all! To help celebrate the launch of our new series on April 23, we’re giving away 3 signed paperbacks. And even better, they’re annotated! This means, the books are filled with comments, story insight, doodles and more – from us to you. And, it’s in sizzling red ink, if that gets you going!

Tempt the Beast Coming to Amazon 4/23/19 Get Free Alexandra Banks books at: http://www.alexandrabanks.com

“Come here,” he says. His voice is full of command. I can easily hear the military commander in him and also the billionaire who expects immediate obedience. But I also sense vulnerability. Someone hurt him in the past, and I think there is an inkling of fear that I’ll hurt him, too.
Every cupcake has its recipe, and somewhere in his past he was burned, both literally and figuratively. If he was rejected, that doesn’t mean he’s flawed or not worthy, it just means that he hadn’t found his complimentary flavor, his à la mode, what he puts on top. I wonder if I have the right ingredients. I may as well just be myself and see if we mix.
“I’ll come over there when you tell me something about you that no one else knows,” I say. It may not be what he wants or expects, but I’m playing as me.
He groans. Definitely not what he wanted or expected. He holds up the four computer cables.
“These cables are prototypes,” he says, “and are worth $50,000 a piece. They have the most advanced technology available, and I’ve signed a confidentiality agreement on them. Yet, I’m going to use them to tie you up, because right now $200,000 is a drop in the bucket compared to how much I want you.”
My mouth goes dry. That was a good answer. 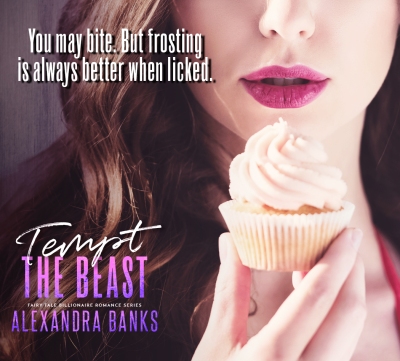 Alexandra Banks is the pen name of two feisty friends who love to hang out and dream up steamy love stories. After graduate degrees, global managerial positions and the nine to five grind, they decided it was more fun to bring joy to the world through happily ever afters. They deliver smart, strong heroines, and heroes who love them. You’ll get that romance read afterglow…every single time. Better yet, their books are short and sweet – because let’s be honest, sometimes quickies are best. They love their families, their golden retrievers, and bingeing on ice cream. If you want happiness, sweet fun, and steamy romance then Alexandra Banks is for you! 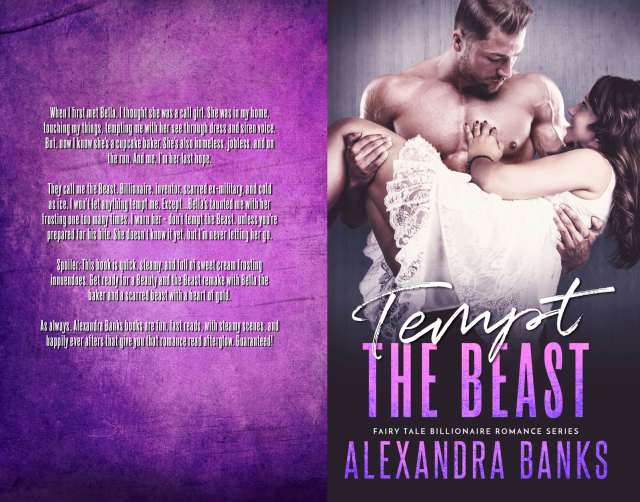