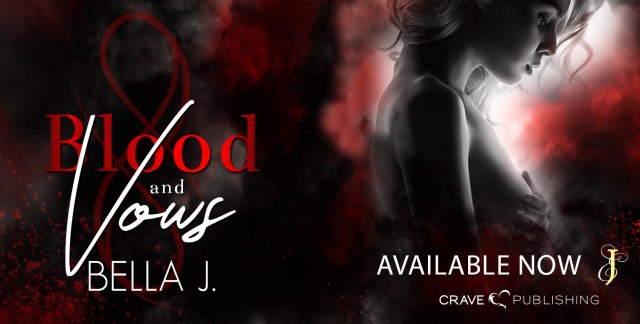 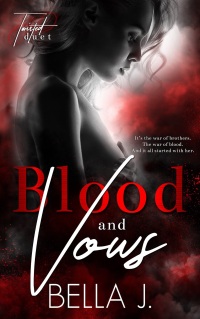 He still owns me.
His wicked touch ruins me, corrupts me into wanting things I shouldn’t. Now I’m no longer an unwilling prisoner, but rather an eager participant.
The need for ecstasy, and the burn to be consumed by my captor makes it impossible for me to hate him. I know I should, but I can’t. Not when my body obeys him so willingly.
But the tables have turned, and a strong family now stands divided. Castello’s determination to keep me for himself started a war.
The war of brothers.
The war of blood.
In the end, only one will survive. 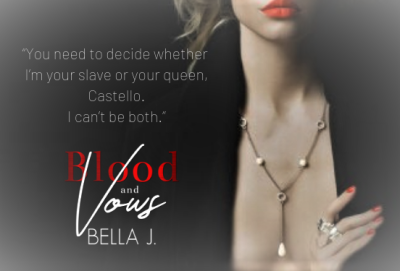 It was truly one of the best dark romances I have ever read. Bella J. is simply the best author of dark romance. ~ Spunky & Sassy

This book pushes you to your limits, even blasts past some hard limits. It’s not for the faint at heart. It’s for those of us that are dark and twisted!! ~ Book Addicts Reviews

Prologue
CASTELLO
This all started with a well thought out plan for revenge. For months I plotted against the Linscotts, and I vowed to avenge my twin brother and father’s death. I had Tatum Linscott kidnapped, and held her prisoner in a room with nothing but an old bed, and a cold cement floor to piss on.
The plan was simple—kidnap the golden girl of the Linscott family, then lure her father straight down to the hell I had specially prepared for both of them. And once I had my fun, extracted every last drop of revenge I craved from them, they would pay the ultimate price with their lives.
I wanted to watch them bleed on the tiled floor of my dining hall, witness the life drain out of their bodies. I wanted to slice the blade of my knife through Tatum’s skin, to see her body weep tears of crimson. But little did I know that her blood would feed the monster inside me. That her innocence marred with desires for the darkness would make me want her in ways that were completely forbidden.
She was the daughter of my enemy, and the blood my family demanded flowed through her veins. Yet, I couldn’t stop myself from being captivated by the blue eyes that seemed to plead with me to set her free from the prison society had put her in.
Her body called out to me.
The scars on her skin seduced me.
And ultimately…Tatum Linscott ruined me.
TATUM
A few weeks ago I was kidnapped by an enemy I didn’t even know I had.
I was beaten.
I was starved.
I was humiliated.
My life held no value to my enemy, and death was promised with venomous threats of hate. Every minute that went by was a minute spared. I knew it was only a matter of time before a knife got driven through my heart.
But then something happened, and it changed everything. Somehow the line between captor and prisoner had been crossed, and I found myself in a world I never knew existed. A world where family and loyalty were everything, yet lies and deception were used as weapons against blood.
The Fattores built their hate, and their war against me and my family based on lies told by a man that I trusted once. A man I welcomed into my life, and into my bed. In the end it almost cost me my life.
While I was held captive I never could have predicted the outcome. What I never expected to find within the walls of lies that surrounded me was freedom. That was why I had to run…because Castello Fattore freed me.
Author’s Note:
Blood & Vows is the second and final book in my Twisted Duet series,
and should be read after Blood and Lies.
I’m sad to let Castello and Tatum go, but I loved every minute I spent with these characters. Telling their story has been the best part of my writing career so far.
Please be aware that this novel contains scenes of violence, and sexual situations that may be triggers, and make some readers uncomfortable. For some readers there may be scenes that are just downright disturbing. But you’ve been warned.
To all the readers who have fallen in love with the dark and twisted romance between Castello and Tatum, thank you for loving these characters as much I do. 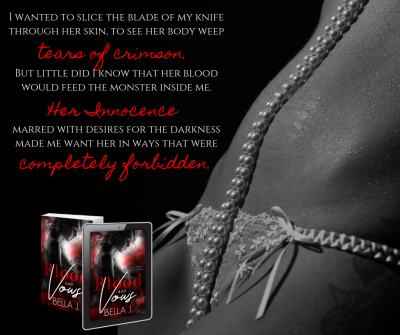 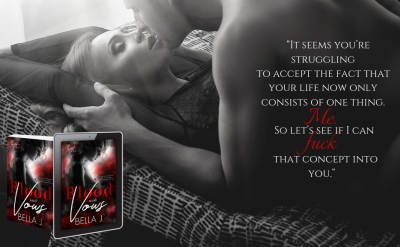 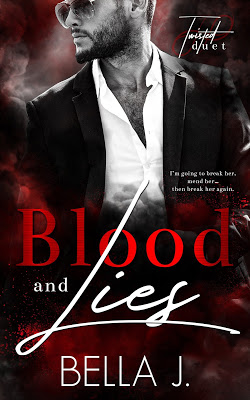 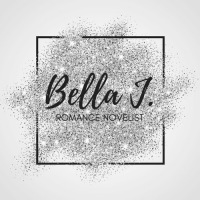 All the way from Cape Town, South Africa, Bella J lives for the days when she’s able to retreat to her writer’s cave where she can get lost in her little pretend world of romance, love, and insanely hot bad boys.
Bella J is a Hybrid Author with both Self-Published and Traditional Published work. Even though her novels range from drama, to comedy, to suspense, it’s the dark, twisted side of romance she loves the most. 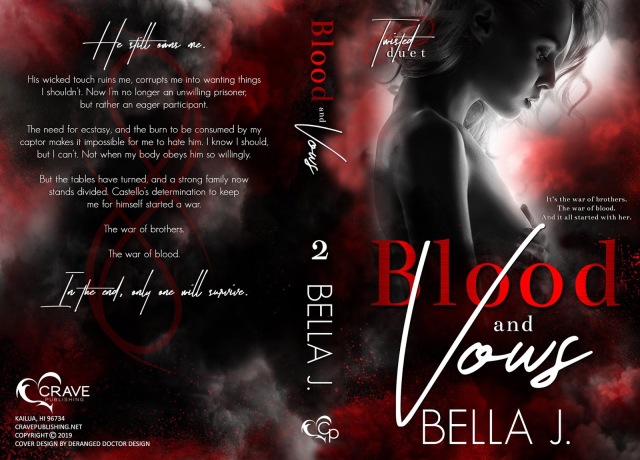