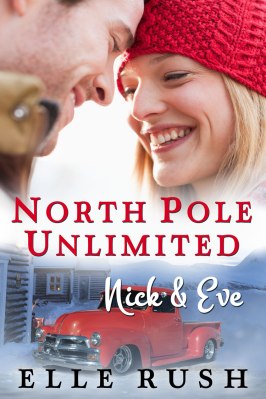 Nick’s plan: dodge his grandmother’s matchmaking attempts by claiming Eve is his date for Christmas. He probably should have asked Eve first.
Although Nick Klassen is grateful when Eve rides to his rescue after he breaks down outside of December, Manitoba, he can’t run fast enough when his meddling grandmother tries to set him up with the pretty tow-truck driver. Then he gets an idea.
Between juggling extra hours at work and a never-ending Christmas to-do list, Eve LeBlanc doesn’t have time for a new man in her life. But ever since she picked Nick up on the side of the road, she’s been running into him everywhere.
His flirtations started innocently enough but when his grandmother invites “his girlfriend” to the family’s Christmas dinner, Nick realizes if he wants to stop pretending about Eve, he must come clean. Once Eve learns of his deception, he’ll need Santa’s help to turn their fake relationship in the real thing.