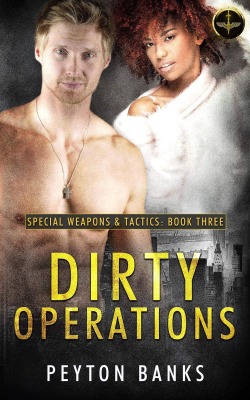 Officer Ashton Fraser had blue blood running through his veins. SWAT was his calling. He lived for the danger and the reward of taking bad guys off the streets. It was a highly intense job, and he was more than willing to do it. The city of Columbia was his town, and he’d do anything to help protect it. To balance out the stressors of work, he became a DARE officer. The kids at the school were terrific, but there was one teacher who had caught his eye and plagued his every thought.
Deana Dawson’s ovaries threatened to burst every time she watched Officer Fraser with her students. It should be against the law for a man to be that sexy. The flirting was constant, his eyes were always on her, and that crooked grin of his was the highlight of her fantasies. He wanted her, she knew it deep down in her bones, but he hadn’t asked her out. A southern girl like herself wouldn’t dare make the first move.
The explosive passion between the two of them would erupt and be more than either of them would have imagined. Ashton had no problems following his heart when it came to Deana. Even with a target on his chest, Ash was ready to put an end to an enemy he and his SWAT team had battled before.
Now that his future was in his grasp, he’ll stop at nothing to ensure he and Deana get their happy ever after.
**Reads as standalone**