When accountant Jane finds herself attracted to handsome, free-spirited Grant, will she pursue her long-term goals… or her heart?

All work and no play… 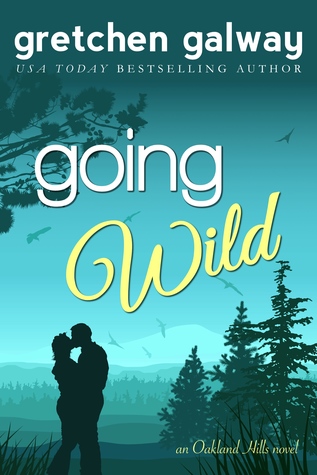 Jane Garcia’s life is going according to plan: she’s dumped the cheating ex, moved into a beautiful house overlooking the San Francisco Bay, and expects to move up at her accounting firm. But when financial trouble strikes, she’s forced to rent a room to Grant Whitman, a scruffy writer with a full beard who knits his own hats.

No man is an island…

Grant Whitman has spent countless weeks alone in the wilderness researching his best-selling books. But after he meets Jane, he knows solitude isn’t going cut it anymore. She’s smart, strong, sexy… and the chemistry between them could roast marshmallows. The problem? A guy like Grant just doesn’t fit into Jane’s plans.

As they grow closer, Jane isn’t sure she can continue to resist Grant—or even wants to. Soon all her careful plans begin to unravel like a badly knitted hat. And then, to his surprise, so do Grant’s.

But can their wild fling outlast the summer?

Starting this review is difficult for me because I LOVED the story and I really, really loved Grant. Jane though…I can’t say I ever warmed up to her. She was rigid, judgmental and so singularly focused that after a while I was hoping for a twist where a WAY better choice for Grant came along.

Alas, there was no twist.

Jane and Grant meet when she accidentally bumps into him with her minivan. She’s running late for a party at her employer’s home and she takes one look at his unkempt appearance and assumes he is a step above a vagrant and forces a wad of cash into his hand. Strike one.

What I liked about Going Wild was that Jane and Grant were both in a bit of a bind and needed each other. He wasn’t some dashing hero diving in to save her, and the fact that she was so independent and capable was something I really admired and loved about Jane. What I couldn’t understand was how someone so capable could let her mother treat her the way she did. But…family. I just wished that she would have stood up for herself when it came to Nicole or Troy or her mom. Any one of those would have done, especially considering the way she said really messed up things to Grant without even considering that it might hurt his feelings.

Grant is amazing. A creative non-fiction writer, he’s got a serious case of writer’s block and he’s certain Jane Garcia is the key to breaking it. Turns out, he was right and we get to see the fun that ensues.

By the time the end rolled around, I was smiling like a fool because Going Wild was a good story, and in line with the Oakland Hills series. Jane somewhat redeemed herself at the end, but honestly by then I no longer cared about her, but because Grant wanted her and I wanted him to get his HEA, I’m all right with it.

This Time Next Door – http://amzn.to/2EGEgGC