Have you ever had a feeling like something bad was going to happen? What about a gut reaction to someone you had never met? You know what I’m talking about. The times where something just doesn’t feel right, so you turn and walk the other way only to find out someone got robbed down the same alley you decided not to turn down.
I get that feeling a lot. I thought it was normal. I didn’t know it was a warning. I didn’t know it was there to keep me alive.
There’s a lot of things I didn’t know, but what I now know…it’s got me scared senseless.
Turns out, the Gods are real.
Destiny is real.
Fate is something that we can’t always control.
And me? I’m just a human caught up in a game of the Gods. Except—I’m not. Not really. I’m someone else entirely, according to the three genies who have sworn to protect me.
From what? Well to explain that, we’re going to have to go way back to Ancient Egypt. A land of monsters and Gods and wars.
Where do I fit in? Smack bang in the middle, by the looks of it. 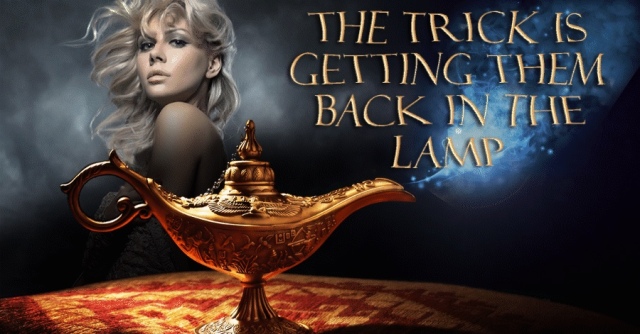 Wearing nothing but a t-shirt and the thong I’d left on when I got in the night before, I earned a raised brow before I straightened and removed my hand from my hip.
“Can I help you?”
“Complimentary massage, Miss, to congratulate you on your win yesterday.”
I grinned.
Free massage. In my room. With this Adonis.
Okay…I’m in. 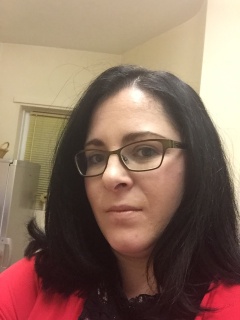 Carrie is a mum. An author. A creator of worlds. A dreamer. A friend.
At her childhood home in Yorkshire, Carrie was encouraged to utilize her imagination, to see things for what they could be, and to ask the question “what if?” Her mum introduced her to worlds filled with magic: Barrie, Lewis, Tolkien, Blyton. That magic evolved and continued to inspire her when she discovered Rowling and Sanderson. They all asked the question and explored the possibilities, opening doors to new adventures that would forever change generations to come.
Even as a child, Carrie preferred creative outlets and writing. But as an adult, Carrie had not yet had that moment of inspiration to begin writing a novel of her own. That all changed one normal morning, on a normal walk to school, when a small boy slipped from the pavement and on to the road. There was no accident. No horror. Just a near miss that later formulated into one question: what if he was able to save himself? Fueled by this question and Carrie’s love of fantasy, European folklore, and mythological creatures, The Riftkeepers emerged. This world answered her question. The series gave birth to characters that took on a life of their own, many telling continued stories in novellas and spinoffs.
When Carrie isn’t writing and annoying her editor with endless typos, she barely sleeps, thinks about her characters, indulges in an unhealthy Facebook addiction, exploring the beauty of the Lake District as her backyard, and contemplating which she loves more: pizza or wine. Definitely wine. Considered to be one of the most boring people she knows, writing her own biography was a definite weakness. Her first draft was rubbish and was picked apart by friends who insisted she was funnier and far more interesting than she gives herself credit. She was no longer allowed to write her own biography, so she provided input.
Carrie now resides in West Cumbria with her husband and two children. They are her inspiration. Her world.

Kel Carpenter is a USA Today Bestselling Author and writer of all things fantasy. She loves reading, watching Netflix original shows, and subjecting her favorite co-author and editor to crazy, harebrained book ideas. Kel currently resides in Atlanta, GA with her boyfriend and three fur-children. When she is not writing or working on completing her senior year of college, she is spending time with her dog, Harley, or teasing her two cats with a laser pointer.