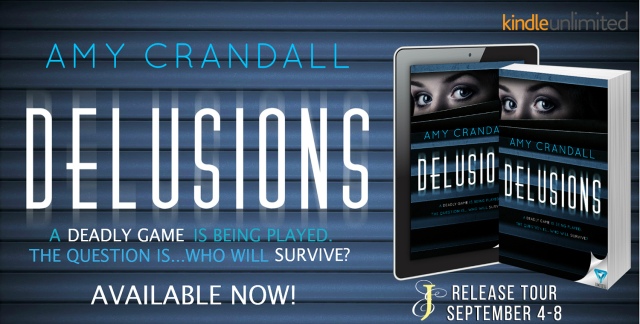 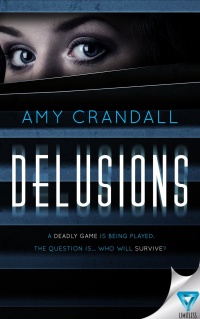 As she waits to give her statement in one of the interrogation rooms of Arcata Police Department, Abigale recites the same line over and over inside her head.
I did not kill anyone.
I did not kill anyone.
But there’s a trail of bodies, and it leads straight to her. The events that brought her to this very moment all point to one thing . . . her guilt.
She must convince Detective Collins of her innocence, but how can she explain her ties to the victims, and the evidence that has her name written all over it?
Then there’s the mysterious Facebook profile, DarkHeart434. Who is DarkHeart434? And why does it seem like this person has all the answers, including the identity of the real murderer?
As pieces of the puzzle start to come together, everything about Abigale’s life begins to unravel–her past, her present . . . and even her self-proclaimed innocence. 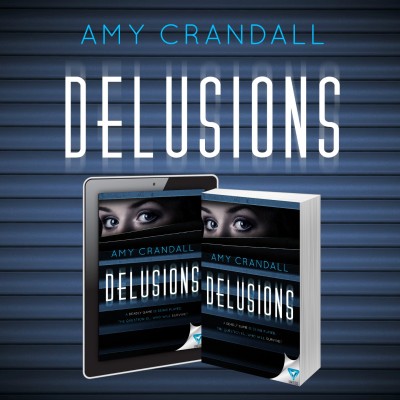 The agent reached for the file he’d thrown onto the table earlier. Flipping it open, he jabbed a finger at an enlarged photo of a person lying on the pavement. “How do you explain this, then?”
Abigale closed her eyes, the photo still burning into the remnants of her mind. The night he was attacked was the last time she’d seen him. She still wasn’t sure how he—
“Abigale!” Agent Ross slammed his hand down in front of her, startling Abigale into opening her eyes again. “I would like you to explain to me how a wild night of partying ended in this!” He pointed at the photo again, and Abigale slapped a hand over her mouth when she felt bile rising in her throat.
“I told you,” she said, “I don’t know!”
An evidence bag landed on the table. Abigale’s pulse skyrocketed. Blood stained the familiar canvas.
“How do you explain this, then?” he asked, his voice menacingly calm.
Abigale felt the fingers around her throat again, squeezing the life out of her. The bag…she’d gotten rid of it. It should have been in the landfill by now. How did they have it? “I—what is this?”
“Why don’t you tell me, Abigale? It was picked up from your house. It’s too bad you didn’t conceal it better when the garbage truck came by to pick it up. He reported it to us immediately. A day after the party.”
Shit.
“I’ve never seen this before in my life. It’s not even my bag!”
Liar.
A vein protruded from his forehead, and Abigale could sense his growing anger. “I know what happened at the party.” 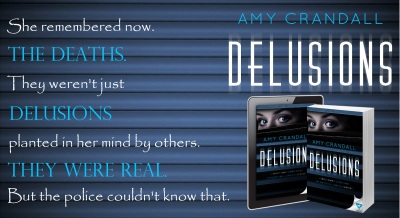 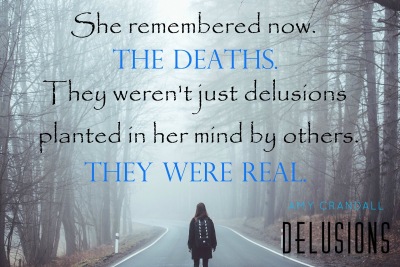 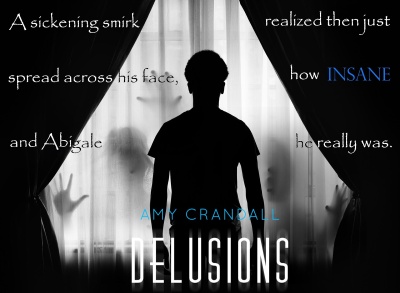 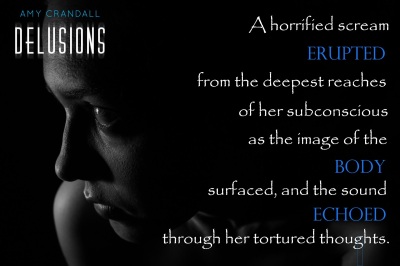 Amy Crandall is an avid reader and novelist born and raised in British Columbia, Canada. She began writing in elementary school, publishing her first story on Wattpad.com at the age of thirteen. With the support of her loved ones and newfound friends on the site, Amy continued to share her thoughts and interests in the form of storytelling.

Before her Wattpad.com days, she was published in A Celebration of Poets – Summer 2012 (Creative Communication, 2012) for her poem My Garden. That experience only drove her desire to further pursue writing. Her first full-length novel, “Delusions”, was a featured story on Wattpad.com, reaching #7 in the mystery/thriller genre, and surpassing 115,000 reads, before its publishing.
When she isn’t envisioning a new story plot, Amy can be found camping with loved ones, getting lost in a great read, jamming to her favourite tunes, or giving in to her craving of Timmies’ iced lemonades. 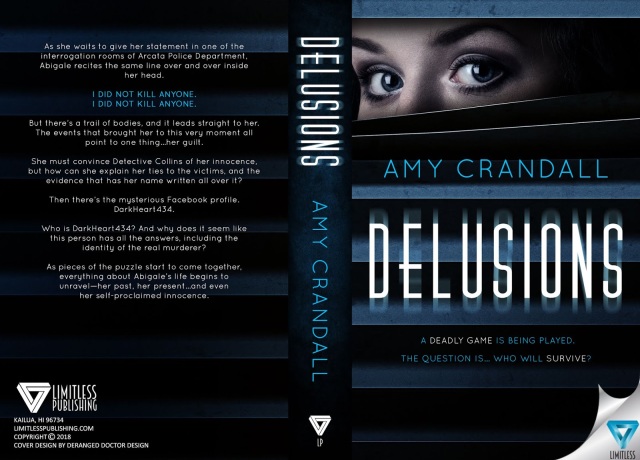