Can a girl afraid of losing those she loves finally claim her cowboy?
For four years Mason Mansfield has tried hard to keep Penny Anderson off his mind. They spent one explosive night together and now she was back. He was done waiting, she would no longer run from him. The only problem was that Penny’s brother was his best friend.
As Mason works hard to consume Penny’s every moment, it becomes clear that she is hiding something deeper than just her feelings for Mason. When unexplained events cause Penny to face her biggest regret, the strain of their time apart threatens to unravel everything Mason has ever wanted.
But will Penny’s secret be too much for Mason to handle or will he be able to convince her that he’s been the guy for her all along?
Author note: This book is a little over the top and steamy. It is a novella of approx. 33K. 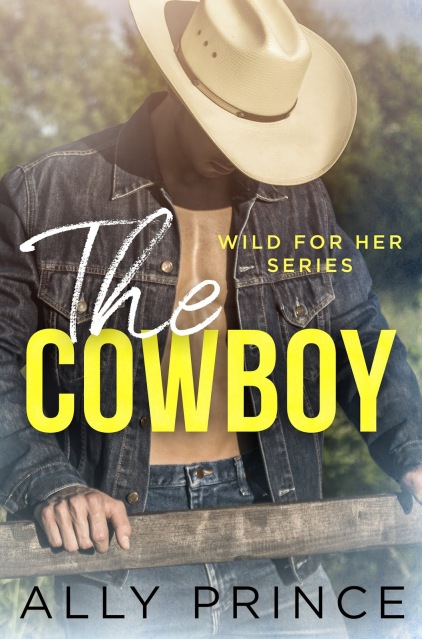 The Cowboy is a short but super sexy novella which features one of my favorite tropes. Second Chance Romance. Mason and Penny had pretty much grown up together since he was her older brother’s best friend (another good trope!) and she’d been in love with him pretty much from the beginning.

But after losing both of her parents, Penny just wanted to go some place where people didn’t look at her with sad eyes, as the girl who’d lost both of her parents. So she left for college, but not before asking Mason for a really big favor.

Fast forward a few years and she’s back in town and Mason is done waiting. He’s much older than her and her brother’s best friend so there’s a bit of drama going on behind the scenes and that’s how I like my romance. The Cowboy didn’t beat you over the head with endless melodrama so there was a lot of swoony moments between Penny & Mason.

But don’t worry, there is drama. Someone wants Penny but he’s too much of a coward to show his face. Despite the misdirect, it was pretty easy to figure out and that’s okay because I was SO invested in Penny and Mason that I didn’t really care. I wanted all the fun, sexy times, all the sweet sh*t Mason said to her that had my own heart racing.

This story was sweet, it was hot and it was a damn good time without a whole lot of pages. I cant’ say I’ve read Ally Prince before but I like her style, and that’s saying something because yes, this story was written in first person alternating POV. 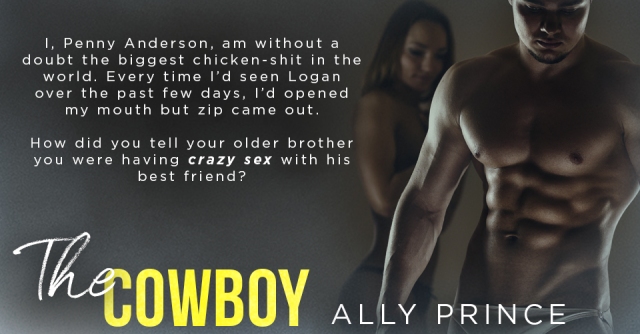 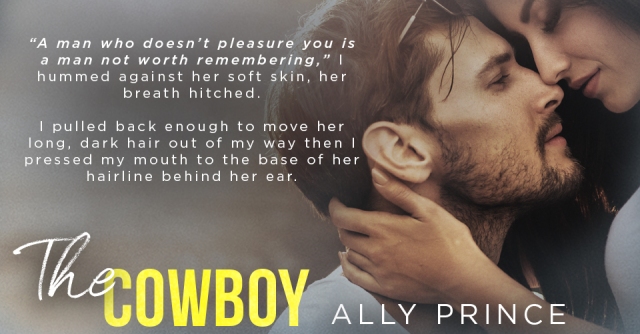 Ally Prince resides in a land where many creatures can kill you, you guessed it, Australia. She loves writing books that are a little over the top and quick to read. As a wife and mother of two Ally found putting her words out there is by far the hardest part of wanting to write. She enjoys reading romance novels of all kinds, just insists they have an HEA. Ally would be happy to connect with you on social media.

2 thoughts on “NEW RELEASE & REVIEW!!! ~ The Cowboy by Ally Prince”