In the beginning, there was one determined man and one strong woman. In their struggles, they created a dynasty.
Brick had one mission since he was a boy: become a Dragon Runner. The motorcycle club meant everything to him. Blood and bone from his brothers paid the Dragon’s dues time and time again. And watching it split apart was more than he could handle.
Then he met Betsey.
An unwanted daughter born into abuse, Betsy lived her life beatdown under a rigid thumb, never allowed to be herself. Her one goal was to leave her abusive family and be free. She fought on the losing end of that fight.
Then she met Brick.

A tentative knock followed by the wooden classroom door opening caught his attention. Mr. Atwood, the school principal, entered, followed by a new girl. A wave ran through the room as every student sat up straight to get a look at the newcomer. She wore a mud-colored dress that did little to hide an impressive chest and rounded hips. Her plain brown hair was pulled back into a long ponytail, and she hunched into herself as she met the twenty pairs of eyes fixed on her.
“We have a new student, Betsey Fullerton. She and her family just moved here from Mineral Springs, and her father is the head minister at First Methodist Church. Let’s everyone welcome Betsey and help her learn her way around.”
Several “Hi, Betseys” popped up from multiple students, but Deuce’s comment rang out over them all.
“Damn, look at the size of them titties. Betcha can shelve books on them things.”
The room went silent. The principal turned beet red but said nothing. Blackjack’s reputation was well known, and no one wanted to anger either him or any of the other Dragon Runners.
But Betsey was new. She didn’t know the town or the motorcycle club that many of them feared. Her blue eyes lasered to the back of the room and landed on Brick’s. The zap from that look held him in place and burned through to his toes. She wasn’t scared. She wasn’t confused. She understood exactly what was uttered and why. Her expression was one of… of… contempt.
Betsey’s gaze moved to Deuce, who was laughing at his own joke. She straightened up to her above-average height, and her perfect hourglass figure became clearer even in the ugly dress. Her breasts were full and larger than most other girls of the same age. The dress nipped in sharply at the waist and flared out over her curvy hips. Brick had overheard more than one conversation from girls talking about the right skirts, the right shoes, or the right hairstyle. Betsey stood out proudly and with no apology for her less-than-fashionable appearance. She cocked a hip to the side, crossed her arms under her breasts, lifting and displaying them even more, and stared down at the laughing cocky boy with the shiner on his eye.
Brick lost his breath at the picture she presented. He reached over and popped his friend in the back of his head. “Shut up, dumbass.”
“What the fuck, asshole? I’m just messin’.”
“Mess with someone else. That girl is gonna be mine someday.” 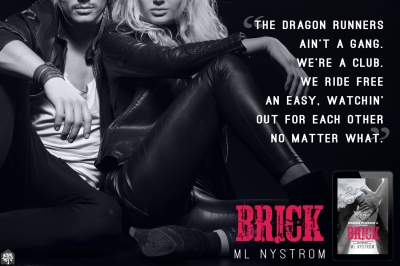 ML Nystrom had stories in her head since she was a child. All sorts of stories of fantasy, romance, mystery and anything else that captured her interest. A voracious reader, she’s spent many hours devouring books; therefore, she found it only fitting she should write a few herself!
ML has spent most of my life as a performing musician and band instrument repair technician, but that doesn’t mean she’s pigeon-holed into one mold. She’s been a university professor, belly dancer, craftsperson, soap maker, singer, rock band artist, jewelry maker, lifeguard, swim coach, and whatever else she felt like exploring. As one of her students said to her once, “Life’s too short to ignore the opportunities.” She has no intention of ever stopping… so welcome to her story world. She hopes you enjoy it! 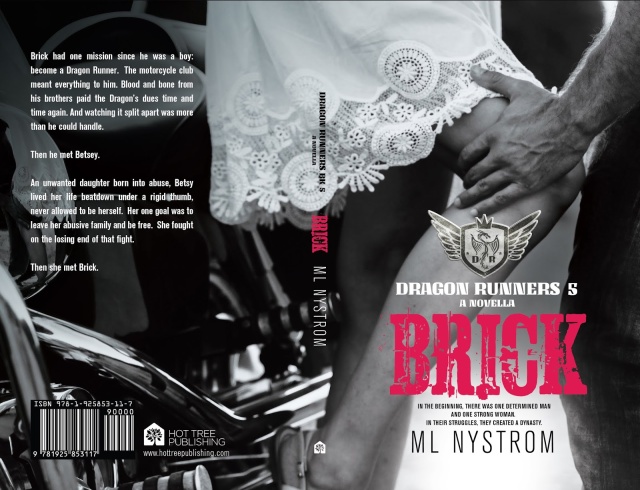