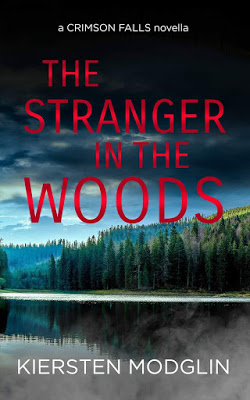 Arlie Montgomery is no stranger to tragedy.
In fact, tragedy brought Arlie everything she’d ever dreamed of in one fell swoop.
As a thriller author, Arlie should’ve had it easy. Growing up in the town of Crimson Falls, there was no shortage of inspiration, after all.
When her husband’s tragic death becomes national news, Arlie’s failing career skyrockets overnight. Suddenly she has everything she ever wanted, except the man she’d hoped to share her dream with.
As she approaches the anniversary of her husband’s death, Arlie finds a stranger in the woods outside of her town. A man with no memory of who he is or why he came to Crimson Falls. Desperate and lonely, Arlie takes him into her home.
With the town’s own anniversary—the cursed Founders Day—drawing near, crime levels rise and the annual murders begin. This year, the deaths take on a new twist: the killer is copying the murders from Arlie’s books.
As suspicions surrounding the stranger grow, Arlie must solve the mysteries she’s spent years writing. In a race against time, Arlie must stop the killer she may have created before he takes out the last victim from her books—her.
⧫⧫⧫⧫⧫⧫⧫⧫⧫⧫⧫⧫⧫⧫⧫⧫⧫⧫⧫⧫⧫⧫⧫⧫⧫⧫⧫⧫⧫⧫⧫⧫⧫⧫⧫⧫

If it bleeds, it leads. . .
Penelope Waterman lives for hard-hitting news articles involving death and destruction. As a reporter in a cursed town, she comes across the most gruesome stories every October. When a young girl goes missing, Penny will stop at nothing to see her name above the fold.
Harper Golden is a normal ten-year-old girl with a curfew of when the street lamps turn on. When she doesn’t arrive home after dark on an ominous night in October, her parents know something has happened to their little girl.
In a race against time, Penny delves deep into the case of the missing girl while Harper desperately wants to be reunited with her family. Penny must decide who she can trust and who’s keeping secrets. Can Penny find Harper before the curse of Crimson Falls strikes again?