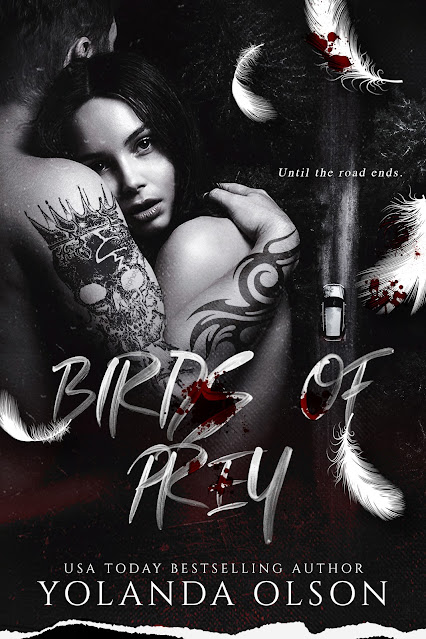 I don’t know this stranger that stopped to help me.He offered me a ride because “pretty girls shouldn’t walk alone at night.”I see how smiles at me through the mirror, hoping that I can’t see the intent in his eyes.Evil is always easy enough to pick out.This man is no wolf, and I’m no lamb.Now we’re locked in a game that only one of us will walk away from.He says that my mistake was getting into the wrong car.His mistake is assuming that I’m helpless.Or alone. 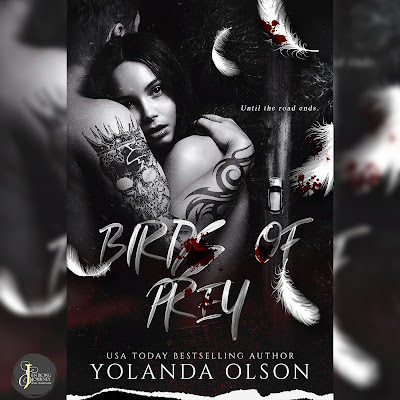 Yolanda Olson is a USA Today Bestselling and award-winning author. Born and raised in Bridgeport, CT where she currently resides, she usually spends her time watching her favorite channel, Investigation Discovery. Occasionally, she takes a break to write books and test the limits of her mind. Also an avid horror movie fan, she likes to incorporate dark elements into the majority of her books. 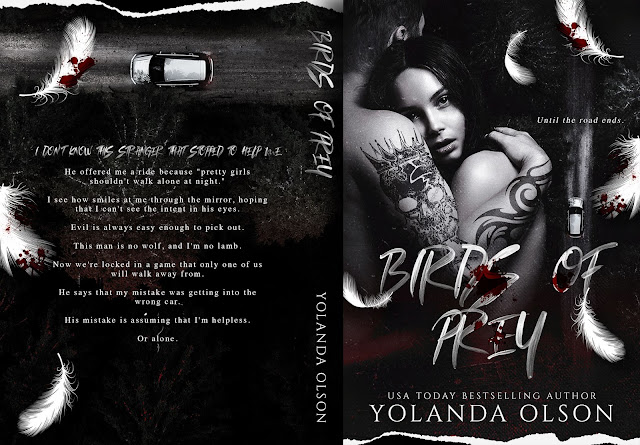 When I accepted the teaching position in a town the size of my thumb,
all I cared about was making some money until I was ready to pursue my dream.
My time here was supposed to have an expiration date.
My plan was simple.
Until her.
The girl with a cupcake and fascinating sadness.
Her beauty got my attention first, then her loneliness and melancholy captivated me.
Her words and pain fed my interest, but it was her heart that sealed my fate.
I came to this town with no expectations.
But I didn’t know my dream and muse was waiting for me in a school uniform.

END_OF_DOCUMENT_TOKEN_TO_BE_REPLACED

Young.
Innocent.
Forbidden.
Those things should’ve stopped me from wanting her.
They didn’t.

END_OF_DOCUMENT_TOKEN_TO_BE_REPLACED

ki·net·ic en·er·gy
noun:
energy that a body possesses by virtue of being in motion.
Possession. Ines was meant to be mine. I’ve known since the moment I laid eyes on her.
Virtue. She makes me long for more. I want everything with her. Except, I know what we’re doing is wrong.
The lies I tell could break her—and yet, what exists between us has already been set into motion.
I can’t stop it. My body. My heart. My god-forsaken soul—I’m hers.
***This is a standalone. It is a may-December, older man/younger woman… Taboo/forbidden Student-Teacher romance.

I was born and raised in California. My husband and I met when I was just 16. We were married a few years later, moving to Oregon while he was in the US Coast Guard.

Texas is now where we call home, where our boots rest, and where we’re raising our two little boys and a chocolate lab named Optimus Prime.

Up yours! It’s a ballsy attitude for a child, and one that served Ruth (Roth) Gold well back then. It’s one she desperately needs to revive now.
After her divorce, Ruth finds the love of her life: Herself. And she’s in a happy place … until a geeky, sexy, god-like man fronts up and fulfils her forgotten little-girl fantasies. He tells her she’s ‘The One’.
Talk about screwing everything up!
A romance with him seems so wrong, yet—mmm, mmm— feels so deliciously right.
With those around her inflaming her doubts, though, Ruth remains trapped in a do-I-don’t-I mindset. But she rallies! She kind of breaks up with her carping mother, and succumbs to Mr Hotlips’ charms.
This Romeo ’n’ Juliet-esque couple engages in epic battles with the knockers, and triumphantly rattles their cages (from where, it appears, they’ve all escaped).
Still, Ruth’s man can’t vanquish the conflicts in her mind. Or the ones in his own. And when an earth-shattering revelation causes him to give her grief, the question on her hot lips is no longer ‘Can our love survive?’ It’s … ‘Do I want it to?’

When I first dug into Apoca(hot)lips by Paula Houseman my eyes bugged out and laughter bubbled up out of me. The main character, a divorcee called Ruth has a somewhat tenuous relationship with her ‘cousin’ Ralph and yes I mean a romantic relationship. Once you get past that, which is easy to do once you realize Ralph is on a journey of his own to find out what he can about his birth mother because. So you see, they’re only sort of cousins. But it isn’t just Ralph making Ruth’s life more difficult than she’d like it. Her mother is a piece of work, her neighbors are making life difficult and in general, Ruth has the entire world conspiring to turn her life upside down. Sounds like a lot of drama, right? Well it is but in the best possible way.

It took awhile for me to warm up to Apoca(hot)lips and it had nothing to do with whether or not Ralph had a legit spot on the family tree. Paula Houseman has a unique writing style that took time to get used to, but the story telling and character development were solid. I truly appreciated Ruth’s tough as nails, “I ain’t no damsel’ way of looking at the world. The way she takes on the people screwing with her own acceptance of her distorted fairytale was priceless and so true to her character you couldn’t help but cheer her on.

Ruth was unapologetic in her new approach to life and I found it admirable as well as highly entertaining.

Houseman added a few plot twists that tested Ruth’s strength and commitment to being a more positive force in her own life. I love the way the author explored the idea that sometimes it’s us who are our own worst enemies. The constant nagging in her own mind was her, though the voice might have belonged to another. This was for me, the most endearing part of the story because as women age and their romantic relationships shift, that kind of negativity can really have an impact on future or current happiness.

If one were to judge this book by its cover you’d come away missing out on a lot because this is an engaging story that was a surprisingly good find.

I was given a complimentary copy of this book by Reader’s Favorite in exchange for an honest review.

Book 1, Odyssey in a Teacup is available for #free at the time of this posting.