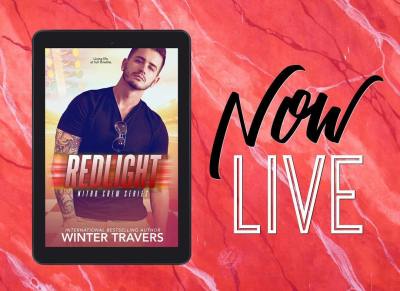 “OMGOODNESS!! This book sucked me in from the beginning and I couldn’t put it down! I loved everything about it.” ~Escape Reality Book Blog

“Winter Travers perfectly delivers a story that’s bursting at the seams with everything from humor, to heartbreak, to some majorly sweet romance with this one.” ~The Red Hatter Book Blog 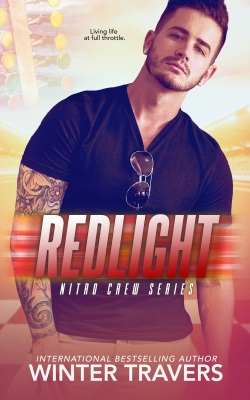 Jay Perez has it all.
A great job.
Amazing friends.
An endless stream of girls that come running at the crook of a finger.
Long days at work and late nights partying don’t leave Jay much time to think about anything but where he and his race team are off to next.
And then Delaney obliterates everything with a few simple words.
“You’re the father of my baby.”
It’s all go, go, go until Jay hits the red light. Now it’s time to put the breaks on his party lifestyle and think about someone besides himself.

END_OF_DOCUMENT_TOKEN_TO_BE_REPLACED 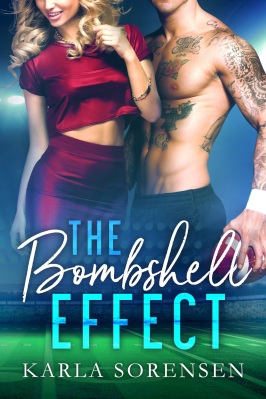 Allie Sutton just got a new job.
Not one she wants, and definitely not one she’s prepared for. She hadn’t seen her dad in years, so the last thing she expects upon his sudden death is to inherit the thing he loved more than anything (or anyone) … the professional football team he owned for the last twenty years.
Luke Pierson does not want a new boss.
What he wants is to be a good father to his daughter, the best quarterback possible for his teammates. What he doesn’t need is a blonde bombshell ruining the team’s chances at another championship. Especially when that bombshell turns out to be his new neighbor. The neighbor he was a complete jerk to the first time they met.
For the sake of the team, they treat each other like complete professionals. In public, at least. Behind closed doors, it’s a different story. And the fallout of giving in to that heat is something neither one of them can see coming.

END_OF_DOCUMENT_TOKEN_TO_BE_REPLACED

Sometimes life is a dream you don’t want to wake up from . . .
The night Alison Lockhart walks in to Undisputed, she only wants to have a drink, celebrate a friend’s birthday, and forget about the newest guy her mother tried to set her up with. It’s why, when the infamous Jay “The Hurricane” Hamilton—one of the highest-ranking boxers at The Underground—labels her a ring rat, she writes him off as just another guy with an over-inflated ego.
Only she can’t stop thinking about him.
Or his steel-blue eyes.
Or the apology on his perfect lips.
Their fall is fast and hard, but when Alison’s ex shows up and Jay starts keeping secrets, will they be able to find their way out of the nightmare?

END_OF_DOCUMENT_TOKEN_TO_BE_REPLACED 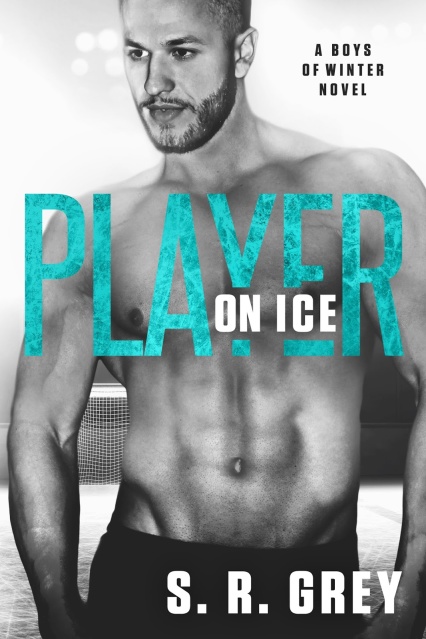 Jaxon Holland is more than a top-scoring center for the Las Vegas Wolves—he’s also the biggest “player” on the team. Women love him, flock to him, lust for his sculpted body.
Yeah, life is good for this hockey player.
Or it was until lately.
After blowing a key play in what may have been the biggest game of the season, the fans sour on Jaxon. Good thing memories are short, right? Uh, they’re not when a widely popular sports blogger, known simply as Mr. Hockeypants, calls Jaxon out and places all the blame for the loss on him.
Life goes from bad to worse, and Jaxon wants to get away.
Good thing one of his teammates has a beautiful, secluded beach house he can escape to. Sand, sun, surf, and lots of alone time sound good to this disgruntled centerman.
Only problem is the beach house is already occupied—by beautiful and spunky Cara Milne.
Cara and Jaxon are off to a rocky start after an extremely awkward first meeting. Yeah, these two pretty much hate each other. But Jaxon, forever a “player” at heart, vows to win his housemate over.
What he doesn’t know is Cara is Mr. Hockeypants! His worst enemy, the bane of his existence!
And she’s determined that he never finds out.
Too bad keeping a secret is more slippery than ice, especially when you start falling in love with the guy you almost destroyed.
Player on Ice is the fifth standalone novel in the bestselling Boys of Winter hockey romance series.