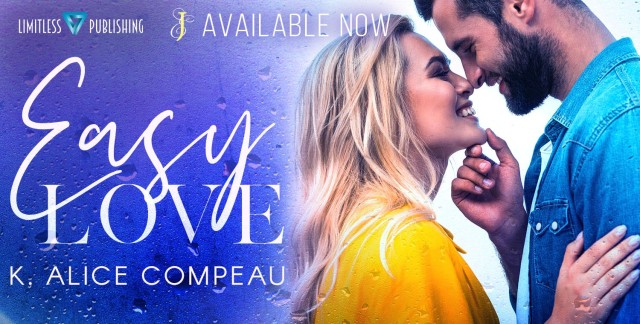 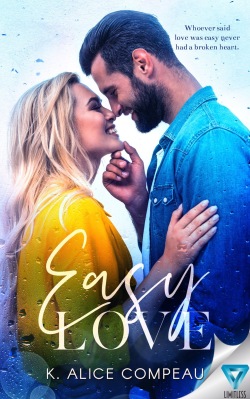 I thought my life would be different. I had plans to settle down, and finally start a family with my husband. But it didn’t turn out that way—not when he up and left me for another woman.
Now it feels like I’m stuck in limbo, unable to move forward. With nothing but a broken heart and my new inability to trust, the idea of dating again is frightening.
When the new substitute teacher and my new co-worker starts to show an interest in me, I’m more than reluctant. How am I supposed to love again when my heart has been broken to pieces?
But Grant’s persistence in pursuing me weakens my resolve. I want to be able to love again. I want to at least have another chance at happiness.
Grant might just be that chance. He might be the one… if I’m willing to let go of the past.

END_OF_DOCUMENT_TOKEN_TO_BE_REPLACED 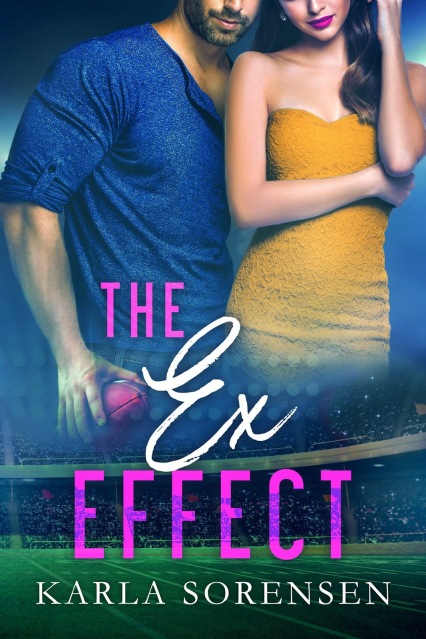 The headline could write itself:
Matthew Hawkins, star defensive end, comes out of retirement to play for the Washington Wolves.
Which is perfectly fine by Ava Baker—it makes her job as publicist for the team easier.
There’s only two problems. This particular football player was her first crush.
The bigger problem: Matthew Hawkins was once engaged to her older sister.
It’s been ten years since Ava has seen Matthew. He’s bigger, better looking, and best of all—completely single. Despite his history with her sister, the attraction between Ava and Matthew isn’t so one-sided anymore.
It’s hot enough to burn down the entire city of Seattle.
But this headline is far more complicated to write. And not just for the press or what it means for her family— because once her heart is involved, there’s no predicting the ending.

END_OF_DOCUMENT_TOKEN_TO_BE_REPLACED 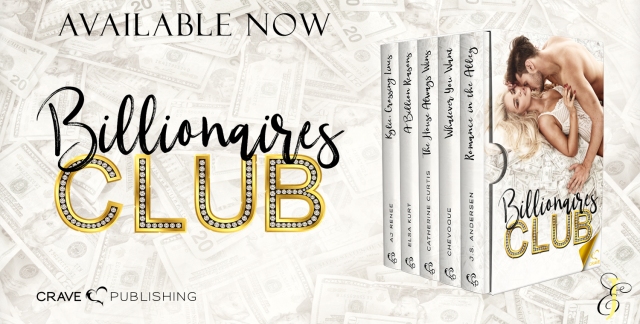 People say size doesn’t matter, but in a world ruled by cash and currency, the size of your bank account does.
When it comes to the survival of the richest, hundreds have no worth. Thousands are mere pocket change. And millions are nothing more than a beginner’s stepping stone.
But when it comes to blistering hot passion, money doesn’t always speak the language of love.
There’s the billionaire boss who falls for her sinfully gorgeous employee. And the rich construction worker whose world changes after a hot encounter with a girl from the other side of the tracks. Dollars can’t be turned to hearts.
Follow the characters of these five intertwined novellas and discover that you can’t put a price tag on romance.
All bets are off when finding love is worth more than millions, and risking it all might just be worth it.
Because in this world… it’s all about the billions, baby… 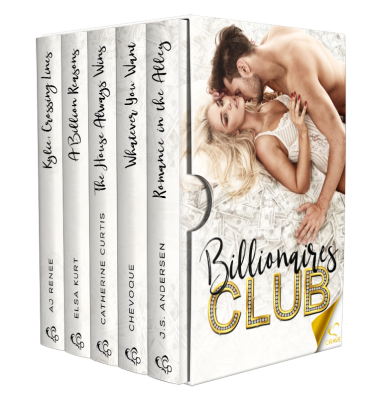 END_OF_DOCUMENT_TOKEN_TO_BE_REPLACED

Rule number one: don’t sleep with the clients…
Escorting was supposed to be a short-term job to pay the bills. It wasn’t meant to lead to heartache. For Stefanie Wiley, love was never in the cards—until she met James Moore.
Being an escort was taboo but falling for James was downright scandalous.
He blew through her life like a tornado, leaving a path of destruction in his wake—a path she isn’t sure she can recover from.
Second chances aren’t something Stefanie believes in, but when truths are unveiled and lies are exposed, she has to decide whether to guard her heart or take a leap of faith. 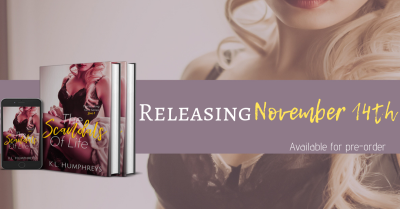 END_OF_DOCUMENT_TOKEN_TO_BE_REPLACED

A woman with garden magic finds out the builder in charge of remodeling her florist shop is the same man who broke her heart over a decade ago. In spite of best laid plans, they find themselves falling head over hearts in this whimsical romantic comedy where opposites attract, sparks fly, and magical mayhem ensues. 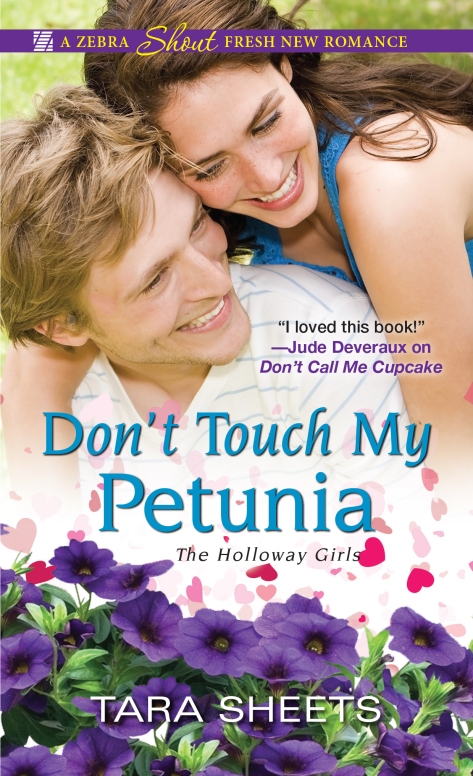 Pine Cove Island is the kind of enchanting place where anything is possible . . .

The Holloway women each have a special gift, passed down through generations, each one a little different. Juliette possesses a magical green thumb, which makes her job managing the local florist shop a dream. She may be a bit wild, but she knows what she wants: to save enough money to buy the shop from her boss. Then in marches Logan O’Connor, more annoyingly handsome than ever, turning all her plans upside down.

Logan hasn’t been back on Pine Cove Island since he was eighteen and broke Juliette’s teenage heart. Now it turns out he’s her boss’s nephew—and will be spending his days remodeling the shop and barking orders. At her.

For the sake of the business, Juliette will have to ignore their simmering attraction and work with Logan. But that doesn’t mean she has to make things easy for him. Because no one knows better than she that one tiny, perfectly planted bit of garden magic could uproot Logan’s own plans and keep him out of her way. And nothing would make her happier. At least that’s what she thinks . . .

END_OF_DOCUMENT_TOKEN_TO_BE_REPLACED 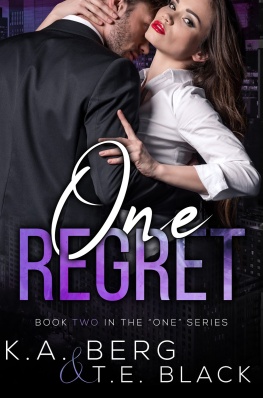 Seven years is a long time, but it’s good to be home.
I’ve missed this place and the people in it. I’m living with my best friend who I’ve missed, I landed a great job as an Interim CEO which will look great on my resume, and I hooked up with a hot guy I met at a bar.
Life couldn’t get much better.
That is until I report to my first day at my new job and standing behind the desk waiting for me is the man I spent a sex-crazed night with.
He devours me with his eyes letting me know things between us aren’t over. He doesn’t get make that decision; I do. But, I can seem to stop this train wreck from happening.
Life just got a lot more complicated and one night of fun has turned into one regret ever so quickly.

END_OF_DOCUMENT_TOKEN_TO_BE_REPLACED 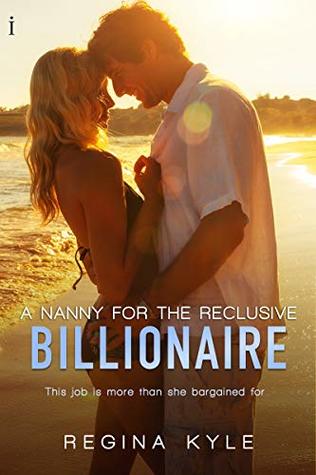 Mallory Worthington has had enough of being treated like a fragile flower. She needs to get out of Dodge, as far and fast as possible. Somewhere no one knows about her childhood battle with cancer. A talented chef working at her family’s flagship hotel, she leaps at the first job opportunity that meets her criteria – personal chef and nanny for a reclusive and insanely hot billionaire in the Florida Keys. She doesn’t know a lot about the nanny part, but how hard can it be?

Billionaire Rhys Dalton cut himself off from the world after his wife was killed. Living on this remote island was the only way he could ensure the safety of his son. Finding someone willing to help him take care of his child, well that’s been a challenge right up until Mallory knocks on his office door. She makes him think and feel things he hasn’t in years. He’s smart, so he fires her on the spot.

But she’s not going anywhere, no matter how hard he might try to get rid of her…

END_OF_DOCUMENT_TOKEN_TO_BE_REPLACED 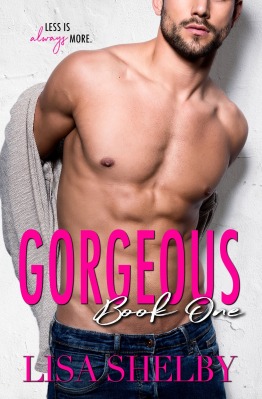 Olivia Adams is smart, independent and firmly believes less, is most definitely, more. Nothing about Ronan McKinley and his luxurious yachts and expensive homes appeals to her, but there is no denying the attraction between them.
When Ronan makes her a job offer she can’t refuse, Olivia makes it clear she has no intention of anything more than a professional relationship with this man whose lifestyle is anything but “less”.
But what happens when Olivia slowly discovers Ronan is much more than she ever could have imagined?
What if she fills Ronan’s cold, gray life with warmth and color?
Is it possible that these two people, from vastly different worlds are actually meant to be?

END_OF_DOCUMENT_TOKEN_TO_BE_REPLACED 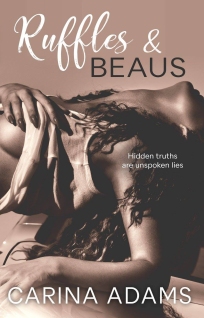 Every girl who dances on a pole has a story to tell, one that led her to the stage.
My last year of college was set to be the best yet. Only a few months stood between me and the life of my dreams. Until my manager was arrested for embezzlement, our department was wiped out, and everything fell apart.

I needed a job. I was willing to do anything to pay for school, hoping to simply survive. Desperate, I joined Soirée, the private party company that offered something no other did.
I wasn’t prepared for Roman, the boss who thought I was helpless and hated me as much as I detested him. Or, his best friend Reid, who assumed I was tougher than I was and pursued me in a way no one else ever had.
I never used a pole, yet I took my clothes off as men cheered. My past didn’t lead me there, though.
My story began with the secrets I told as I fell in love with two very different men.
And continued with the lies I weaved to keep us all from breaking.

END_OF_DOCUMENT_TOKEN_TO_BE_REPLACED

“Irish is flat out fun to read, keeping me laughing along with swooning from start to finish!” ~ The Red Hatter Book Blog

“Holy. Freaking. Amazing… The writing style of this book was amazing. I could not believe how sucked into the book I got.” ~Seraphim Book Reviews

“HOLY HOTNESS BATMAN! This book was one of my top 5 books all year!” ~ Goodreads Review (Kelsee) 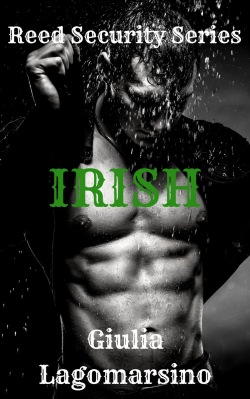 Derek “Irish” Cortell. Badass close protection agent. Sexy, panty-melting smile. Superhero? There’s something strange about the men at Reed Security. When socially awkward Claire Grant works up the nerve to talk to Derek in the grocery store, it opens up a whole new world for her in which her fantasies are becoming reality. Yes, she’s a librarian. Yes, it’s quite possible she’s immersed herself in too many books, but her eyes couldn’t possibly be deceiving her. Could they? Though Claire and Derek seem to have your typical romance, there is nothing typical about Derek or the people he works with, and soon Claire will find out just how super Derek really is.